AN OVERVIEW OF THE FIRST MONTH OF THE YEAR

January is the first month of the year in the both Gregorian and Julian calendars. It is named after Janus, the Roman god of doors, in the western languages. The original Roman calendar had ten months (304 days). The Romans described the winter as a time-out process. Around 700s BC, King Numa Pompilius, who came after Romulus, added January and February to align the calendar with the standard lunar year (364 days). Romans with superstition against double numbers added another day to the year and increased the number of days to 365.

January lasts 31 days, and it is considered to be the coldest month of the Northern Hemisphere. The first day of January, January 1st is an international holiday celebrated in all countries in the world. It is one of the most welcoming days to celebrate the beginning of a new year. It is also a public holiday for all schools, government offices, and official businesses.

Because of its primness, January is also the month of decisions and targets.
With the beginning of a new year, many people set their personal goals. These goals can sometimes relate to health, sometimes to career, sometimes to relationships, and sometimes to all of them. To be healthier and more fit, it is decided to eat regularly and to do sports, for example. Finding a new hobby, building new relationships or strengthening friendly relations can also take its place among the new year plans. Besides, January is always the most preferred time to abandon harmful habits. Most people start by hopes and dreams in this first month of the new year by achieving these and other goals.

In addition to personal goals, most of the companies also start implementing their financial and strategic goals for the new year starting from January. Corporate companies review all activities for better sales rates, more satisfied customers and a larger market share.

Whether it is personal or professional, January is a very important month in which lessons learned from the previous year are being implemented for a better future.

Having a printable calendar makes it very easy. Monthly custom calendars are ideal for marking all days as you wish. For example, you can schedule a January calendar with 31 days in January. You can place your important days, celebrations, holidays, decisions and goals in the blank printable calendar so that you can be much more planned.

With the January 2023 calendar template, you can download easily; all days are at your disposal. You can easily manage your operations such as writing-drawing-deleting by downloading new blank calendars. Using blank January 2023 calendar will make you much more targeted. You won't miss a special day in January, so you'll give yourself a wonderful gift.

Now let's take a closer look at this fresh-start month.

JANUARY HOLIDAYS IN THE UNITED STATES

January 1st is an international holiday celebrated in all countries in the world. It is the day to celebrate the beginning of a new year. It is a federal public holiday. All schools, government offices, banks, official and private businesses are closed on this day.

This is also the last day of the week-long Christmas-New Year holidays. Therefore, this day is also becoming important for being the last day to spend with our families before continuing school and work activities.

January 1st is a day full of hope and joy. This day also continues the effect of the fun celebrations on the evening of December 31st. It is always a little more calm, soft and sweet doing nothing day. Next day's hustle and plans slowly start towards the evening. Now celebrations and holidays are finished, responsibilities begin. However, there is no need to worry about planning the month with a perfect PDF, Word, Excel, JPEG (Image) printable  calendar.

Every year, on the third Monday of January, the United States honors Martin Luther King Jr.'s birth, his life and his big dream of creating great changes.

Martin Luther King Jr. Day is also known as MLK Day. Since the day is an official holiday, most federal and state offices are also closed outside of schools and workplaces. In this day, Bank transactions are not made, mail delivery is not done.

This special day is a great day to remember all the injustices that King has fought for and to give thanks today. By remembering the struggle of all races and people to be equal, without violence and for a world full of freedom, we give the greatest gift to this very precious person. This special day in January is a very important day to remember and respect all of this. That's why Martin Luther King Jr. Day is not only a day but also a symbol.

Martin Luther King Jr. was an influential civil rights movement leader. There was no such leader in America's history. It caused huge changes in African-American discrimination and segregation.

Martin Luther King Jr. who is noted and respected for his nonviolent, calm and conciliatory attitude, is famous for his "I have a dream" speech. In his brilliant speech that has been going on for years, he spoke passionately to his vision of a country that was treated equally for all, despite the race or skin color. With this single speech, Martin Luther King Jr. led the Washington march, which was very decisive and memorable for the civil rights movement.

Would you like to take a look at the major January events before you filled out your own January 2023 calendar template with events that are important to you?

January 17, 1773 - The ship Resolution which was sailing under Captain James Cook, became the first vessel to cross the Antarctic Circle.

January 7, 1782 - Bank of North America which is the first U.S. commercial bank opened as the in Philadelphia.

January 1, 1892 - Ellis Island in New York Harbor opened as an immigration station, a purpose it served for more than 60 years until it closed in 1954 with over 20 million new arrivals to America.

January 15, 1929 - Martin Luther King (1929-1968) was born in Atlanta, Georgia. He was an African-American civil rights leader who mobilized the masses by speaking well and struggled to ensure equality in his non-violent manner. In 1964, he received the Nobel Peace Prize. On April 4, 1968, he was killed in Memphis, Tennessee. In 1983, the celebration of the birthday of the third Monday of January every year was a legal holiday in the United States.

January 17, 1942 - Muhammad Ali was born in Louisville, Kentucky.  in 1964 when he was at age 22, he knocked out Sonny Liston and won the world heavyweight boxing championship with his unforgettable shouting out "I shook up the world!"

January 30, 1948 - Mahatma Gandhi assassinated in New Delhi by a religious fanatic. Gandhi had ended British rule in India through nonviolent resistance. "Non-violence is not a garment to be put on and off at will. Its seat is in the heart, and it must be an inseparable part of our very being," he had stated his opinions in 1926.

January 21, 1954 - The US launched the world's first atomic submarine, Nautilus.

January 20, 1981 - Ronald Reagan became President of the United States at the age of 69. He is the oldest person to take over this position.

January 9, 2007 - Apple introduced the first iPhone which was 4.5-inch x 2.4-inch dimensions. Steve Jobs announced iPhone at the Macworld convention, receiving substantial media attention. After about six months from this announcement, on June 29, 2007, the first iPhone was released.

You can check out the February calendar for next month. 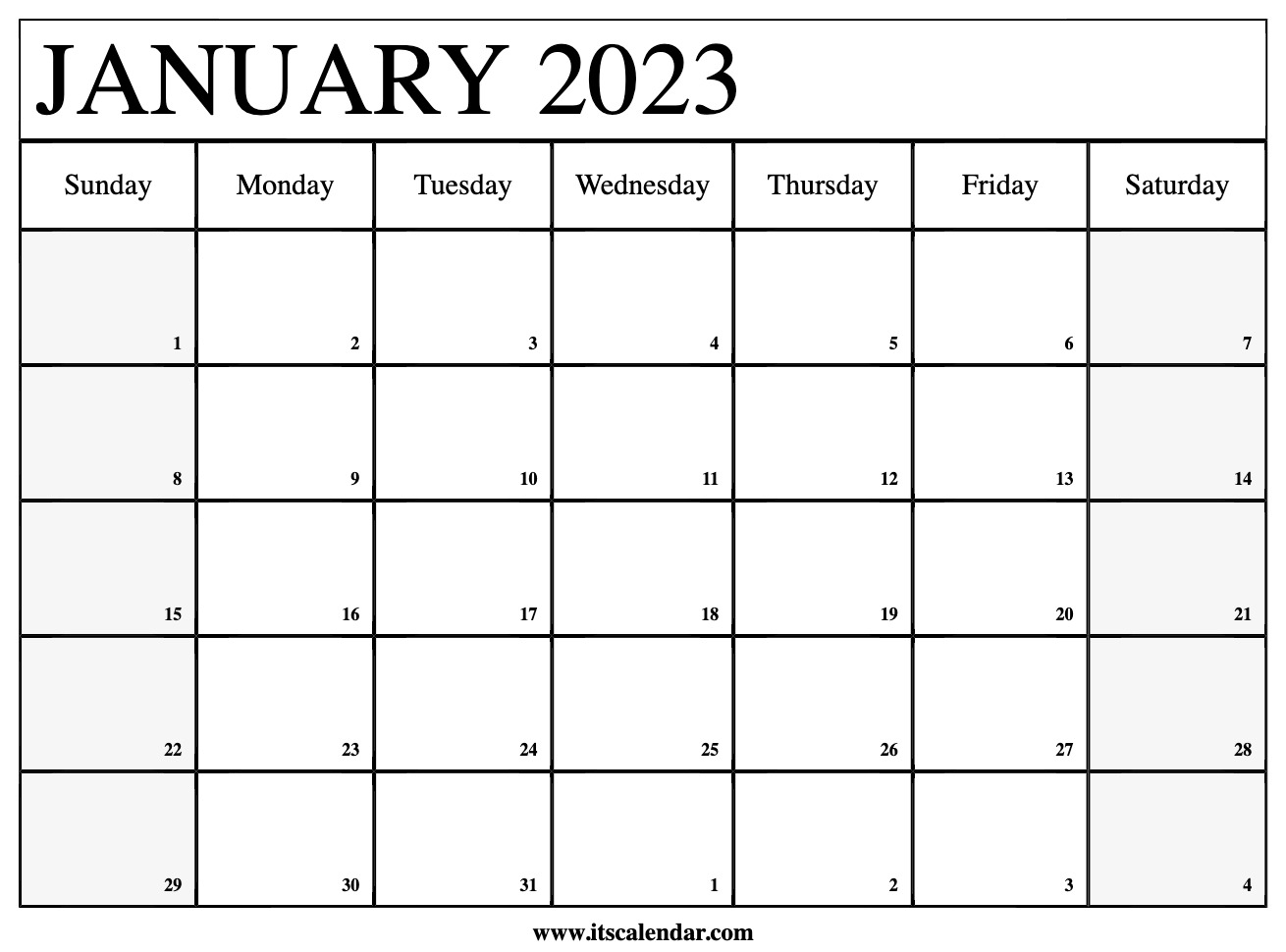 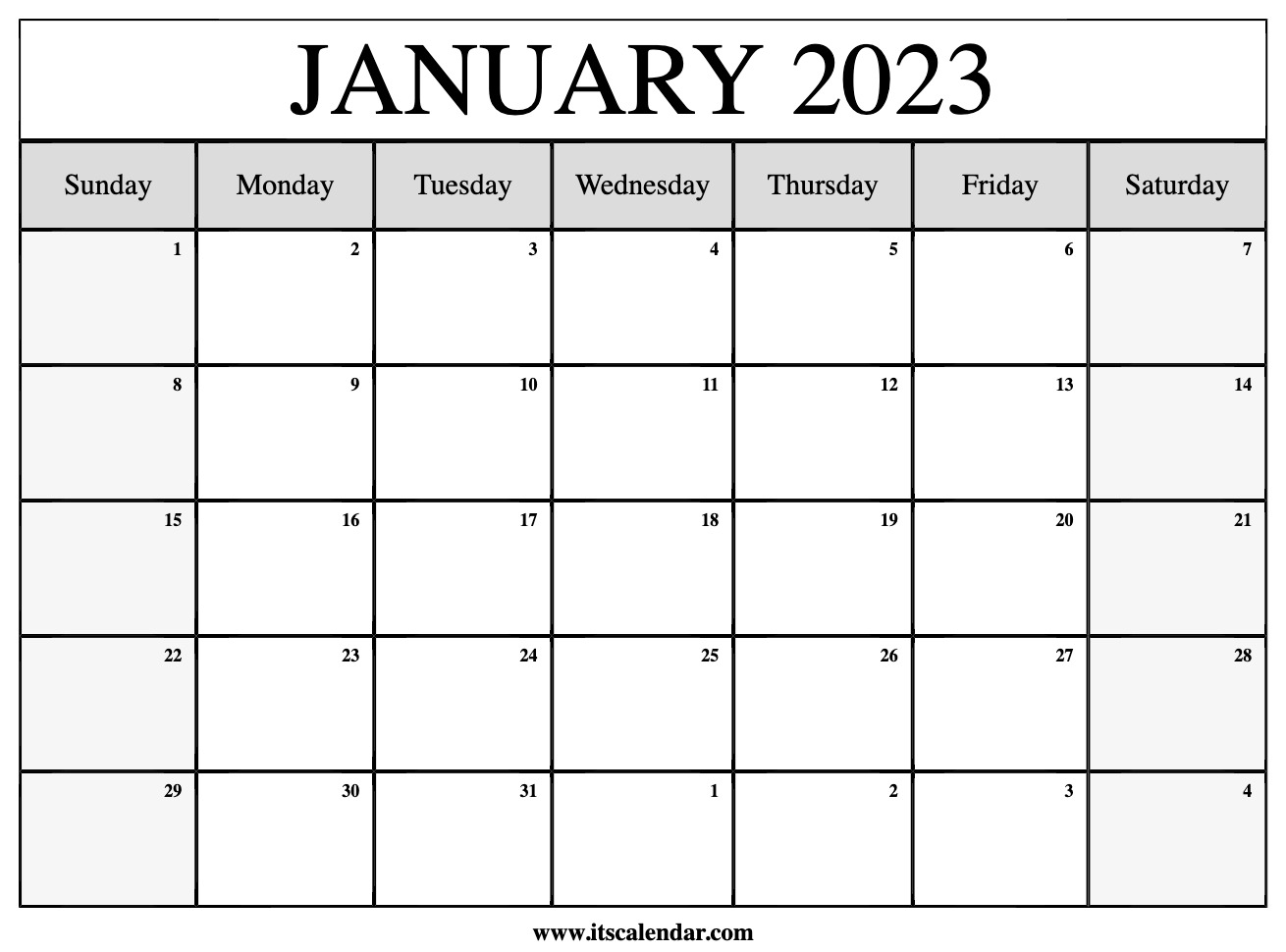 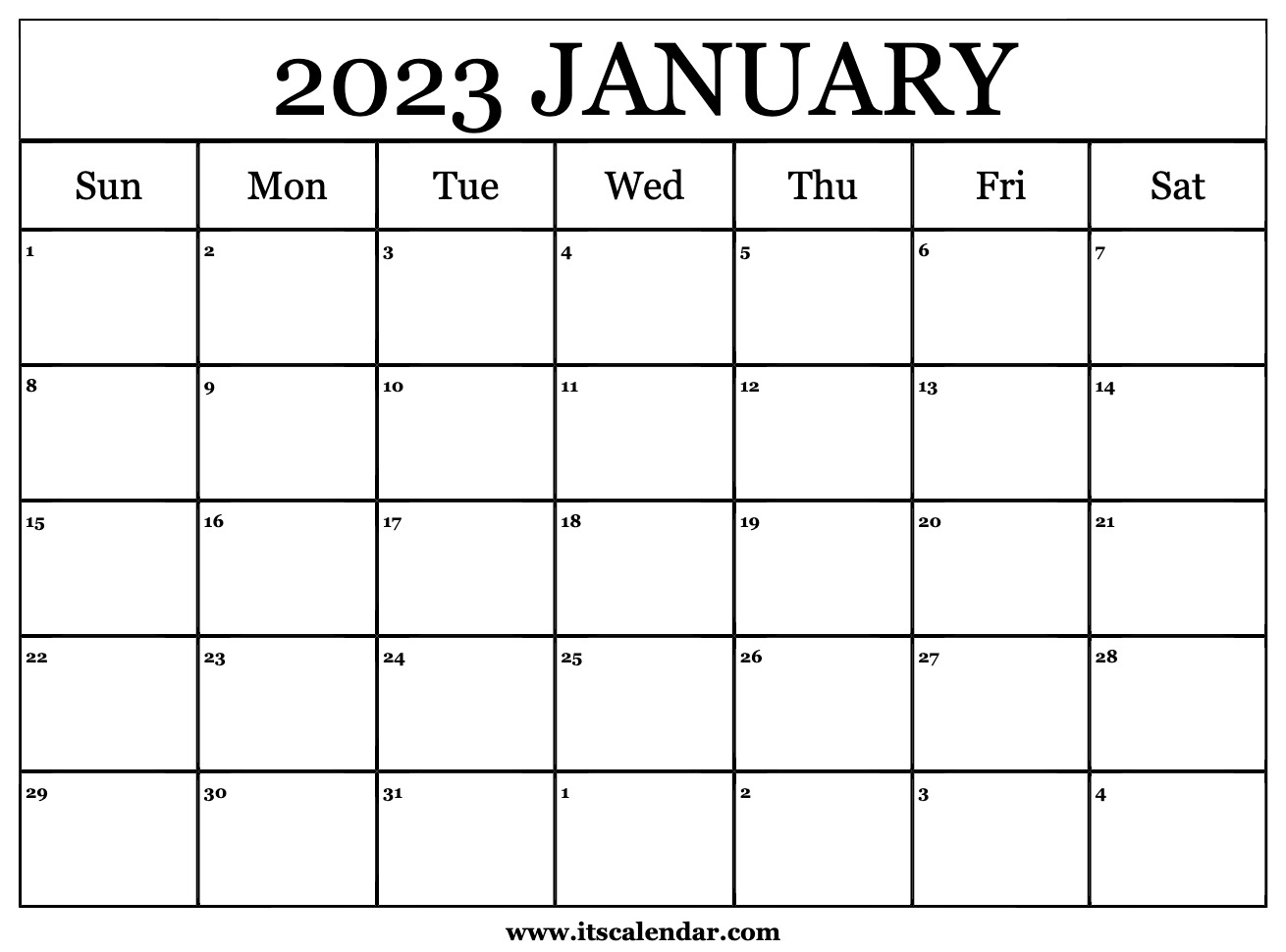 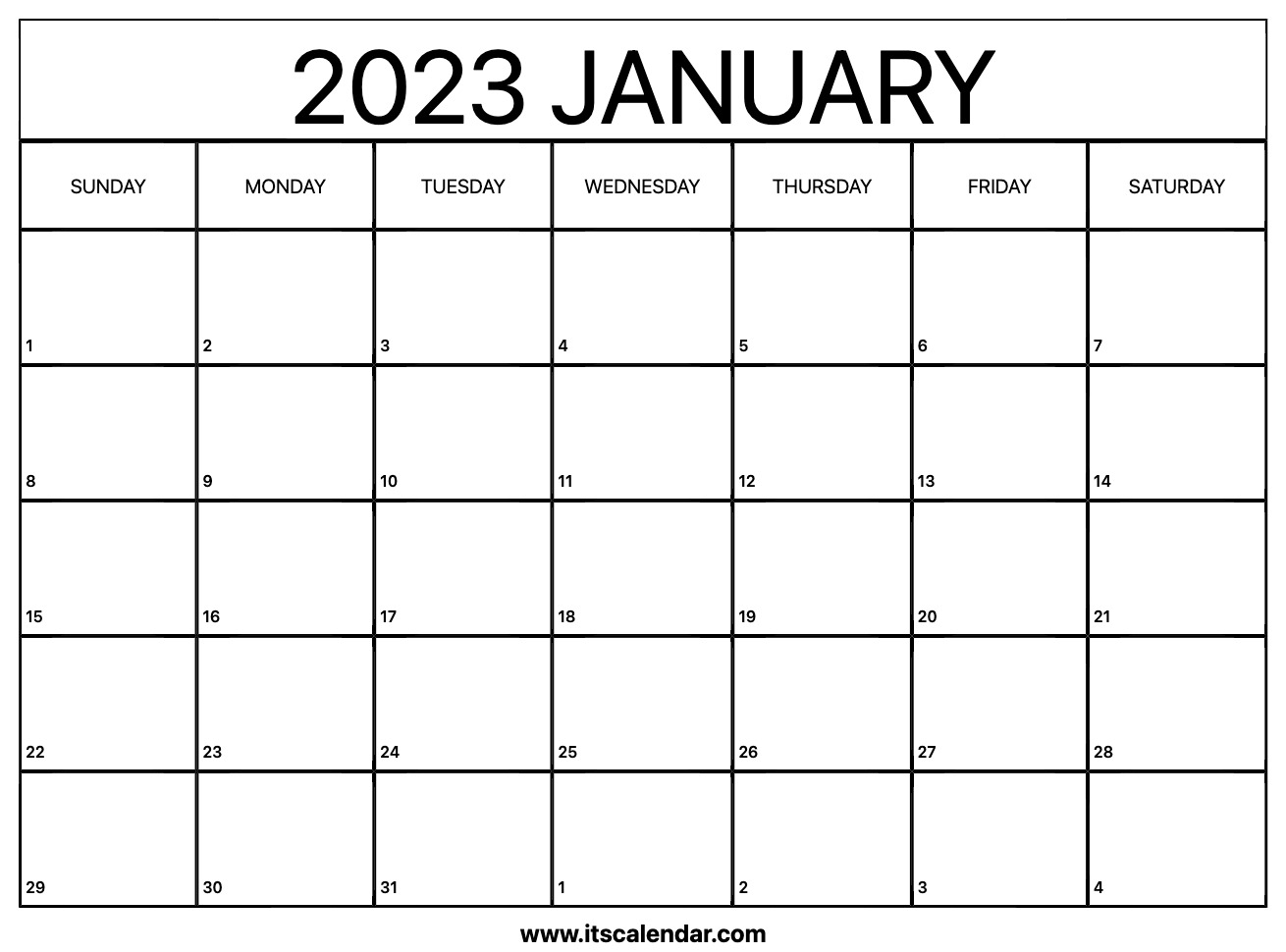