AN OVERVIEW OF THE LAST MONTH OF THE YEAR

December is the twelfth and final month of the year in the both Julian and Gregorian Calendars and it is the seventh and last of seven months to have a length of 31 days.

As it was originally the tenth month of the year in the Roman calendar, which began in March, December took its name from the Latin word decem (meaning ten).

The winter days following December were not included as part of any month. After the months of January and February were created out of the monthless period and added to the beginning of the calendar, December retained its name.

USA weather in December differs in certain areas of the country. Overall, the climate is quite cold with lower temperatures at the end of the month. If you want to still be in warmer areas and escape from the cold weather, you can go to sunny Florida or Las Vegas for higher temperatures and more sunshine. New York is particularly beautiful in December because the whole city is lit up with thousands of Christmas lights, which is great if you want a more traditional festival and Christmas spirit while on holiday.

December means the busy winter holiday travel season across the many parts of the United States. As US is such a big country, the weather can be different depending on the region.  By the time December comes around, it may have already been snowing for a month or two in high levels across the West Coast and in the northernmost states (and especially in Alaska). But many southern states don't get snow at all and tend to have a more mild and smooth climate. Some cities, like Miami and San Diego, may even reach too warmer temperatures.

No matter where you are, there is sure to be a festival atmosphere in December thanks to the holidays. The only disadvantage is unpredictable weather can create a harder time for travel, so expect flight delays and slick road conditions. You'll also want to book hotels and airfare far in advance as this is one of the most expensive months to travel. Therefore, it is very important that you use a Excel, PDF, Word, JPEG printable calendar and plan your holidays in advance.

December in the USA is a month full of celebrations. Schools have a winter break around the Christmas holidays, and many Americans take time off of work to travel and spend time with friends and family. Air temperatures begin to drop more and many places across the country see snowfalls. With a useful December 2023 calendar template, you can plan your whole month and holiday. With a blank December 2023 calendar, there is no need to worry about the timing and planning. Whether you have things to do or events to participate, just use a December 2023 calendar with holidays and enjoy being in comfort! December 2023 calendar printable will bring you a good opportunity to be a part of many things you wish.

Now let's take a closer look at this very last month of the year!

Christmas is an annual festival, commemorating the birth of Jesus Christ, celebrated on December 25 as a religious and cultural celebration among billions of people around the world. Christmas Day is a public holiday in many of the world's nations, is celebrated religiously by a majority of Christians, as well as culturally by many non-Christians, and forms of the holiday season centered around it. The traditional Christmas narrative, the Nativity of Jesus, delineated in the New Testament says that Jesus was born in Bethlehem, in accordance with messianic prophecies. When Joseph and Mary arrived in the city, the inn had no room and so they were offered a stable where the Christ Child was soon born, with angels proclaiming this news to shepherds who then further disseminated the information.

People in USA celebrate Christmas Day in many different ways. It is often combined with pre-Christian winter celebrations. Many people decorate their homes, visit their family or friends and present gifts to each other. In the days or even weeks before Christmas Day, many people decorate their homes and gardens with lights, Christmas trees and much more. It is traditionally common to organize a special meal, often consisting of turkey and a lot of other festive foods, for family or friends and exchange gifts with them. Children, in particular, often receive a lot of gifts from their parents and other relatives and of course the mythical figure Santa Claus. Although this looks very lovely, Christmas Day is getting more commercialized that a lot of families spending a large part of their income on gifts and food. But because of the purpose is making happy someone and getting together with family, this commercializing doesn't disturb much.

In Christmas, government offices, businesses and schools are closed, almost without exception. As many people visit their relatives or friends and are go out of town, there can be congestion on highways and at airports. In general, public life closes down completely in Christmas.

Christmas is representing with a wide range of objects. These include baby Jesus, the Nativity and the Three Kings, but also Santa Claus, reindeer and elves. Common objects at this time of year are pine trees, decorations, lights, candles and presents. Christmas Day is now truly a mix of religious celebration and commercial interests.

You need a blank December 2023 calendar to plan your Christmas dinner or visit! This will make you feel so good and the gift and the clothes will not be left to the last minute.

DECEMBER EVENTS IN THE UNITED STATES

Christmas Eve is the evening or entire day before Christmas Day, commemorating the birth of Jesus. Christmas Day is celebrated around the world, and Christmas Eve is widely observed as a full or partial holiday in anticipation of Christmas Day. Together, both days are considered one of the most culturally significant celebrations in USA.

In the evening of Christmas Eve, just before bedtime, many families with children hang up stockings on the fireplace or the end of their bed. These Christmas stockings are often red and white and are often much bigger than the socks that already use. Children hope that Santa Claus, a mythical figure will enter their home via the chimney and fill their stocking with gifts, candies and sweets.

Christmas Eve is very important to do last time shopping and preparations! So, do not forget to plan this day in advance by using your printable calendar template!

New Year’s Eve is a day to celebrate the end of the year gone by and welcome the coming New Year. Some people live the nostalgia about the events that took place in their lives in the past 12 months. Many people start thinking about New Year’s decision and targets at this time of the year. Some people in United States celebrate New Year’s Eve by attending midnight church services, while others gather around in public venues such as Times Square in New York City. Some of them are welcoming of the new year with the crowded home parties or a restaurant.

No matter how it is celebrated, this special evening goes by laughing, eating, drinking and having fun. Sometimes games are played, sometimes television is watched but everyone is hopeful of the new year and is full of wishes for each other and for themselves.

We know you never forget but, just book the date of New Year’s Eve on your December 2023 calendar printable and start to plan your celebration in advance.

On August 23, 1994, the date of December 7 is designated as annual National Pearl Harbor Remembrance Day by the United States Congress. On November 29, President Bill Clinton issued a proclamation declaring December 7, 1994, the first National Pearl Harbor Remembrance Day. On Pearl Harbor Day, the American flag should be flown at half-staff until sunset to honor those who died as a result of the attack on U.S. military forces in Hawaii. Pearl Harbor Day is not a federal holiday, therefore the government offices, schools, post offices, banks and businesses do not close. Some organizations may hold special events in memory of those killed or injured at Pearl Harbor.

You may here take a look at the major December events in history before you filled out your own December 2023 calendar template with events that are important to you.

December 13, 1950 - James Dean who is still unknown at that time appears in a Pepsi commercial.

December 17, 1989 - Two years after making their first appearance in short episodes on The Tracey Ullman Show, The Simpsons debuted as a half hour series on the Fox network.

December 14, 1972 - Commander Eugene Cernan became the last man to walk on the Moon. 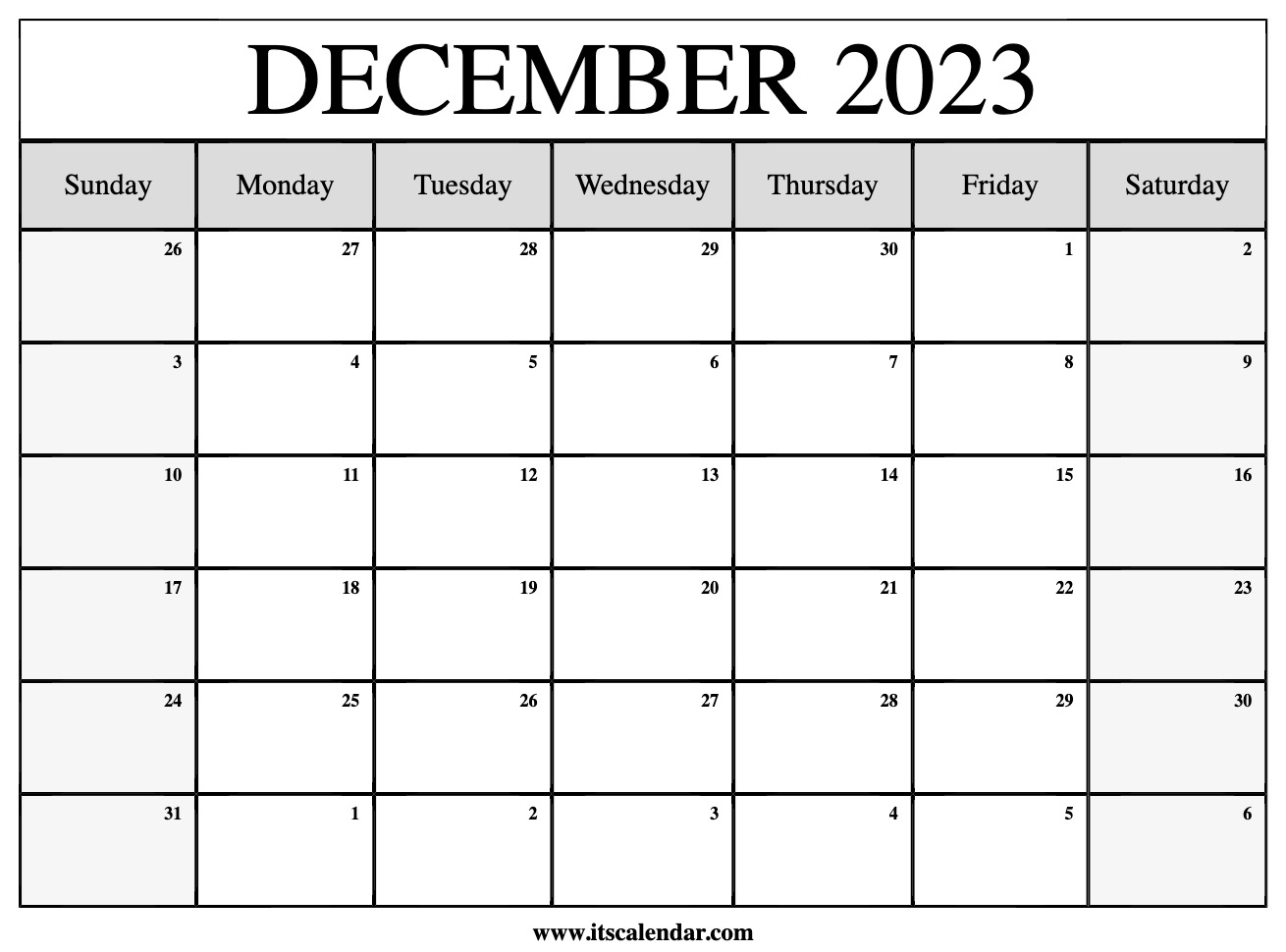 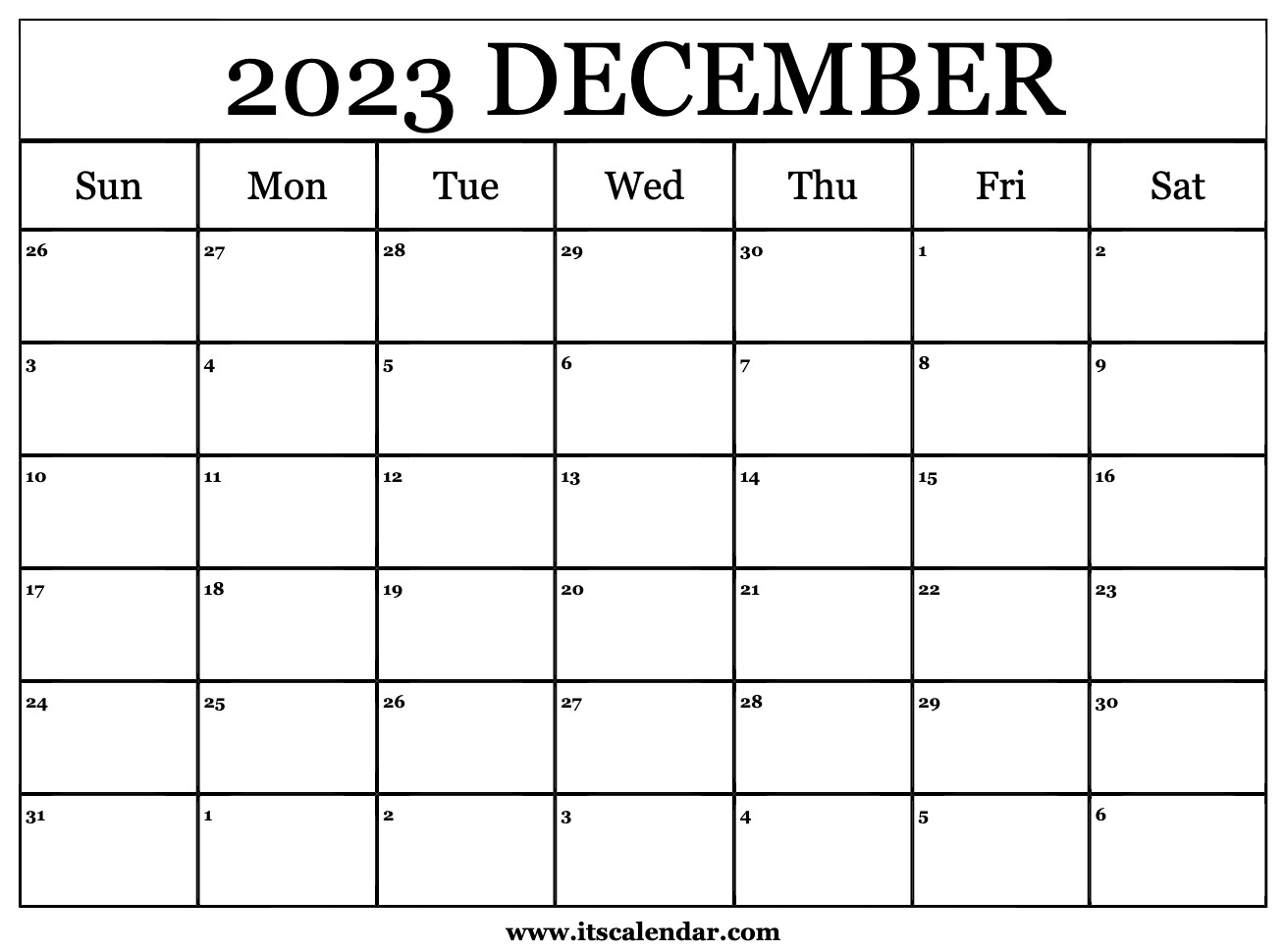 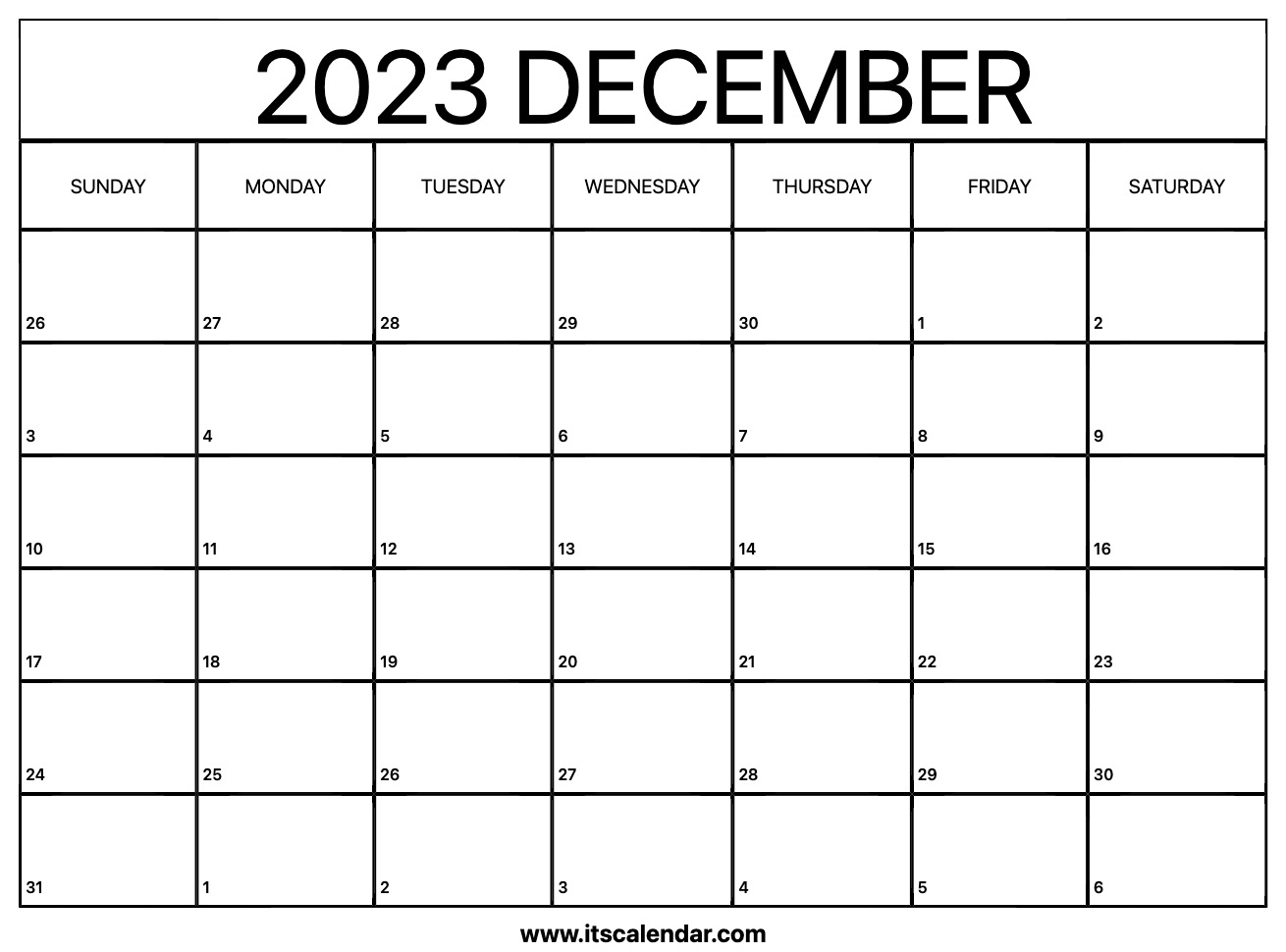